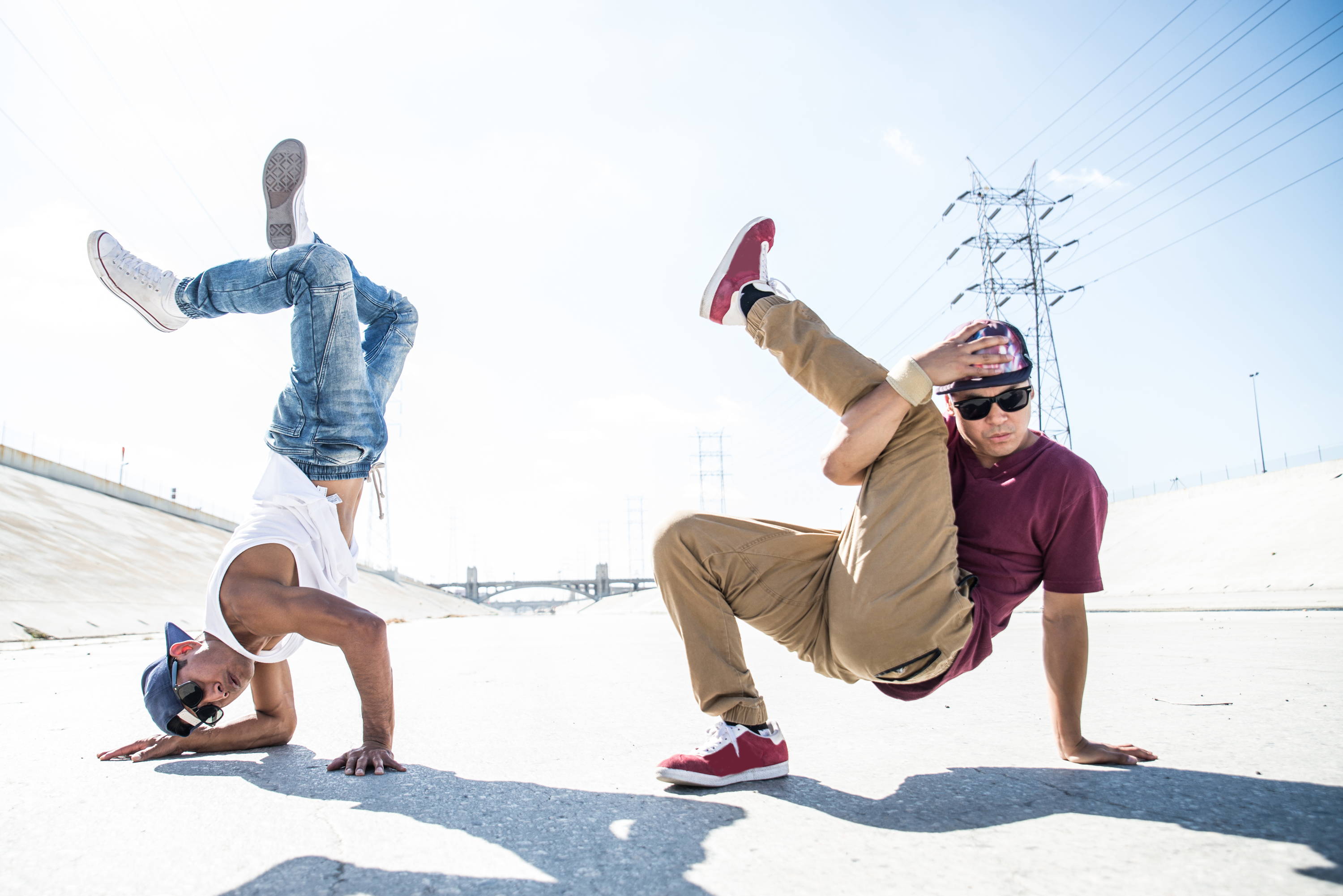 Recently, Good Morning America co-anchor Lara Spencer received widespread criticism after making some insensitive and uninformed comments regarding Prince George taking ballet as part of his educational studies. This sparked a nationwide conversation about men in dance and created the #boysdancetoo movement, derived from a trending Twitter hashtag. As an emerging dance professional whose research area/interest (including my MFA thesis) is in men in dance, I was asked to provide some tips for dance educators and studio owners on creating a more inclusive environment for their male dance students.

I had the honor of speaking on a panel at the first “Men in Dance” conference that was hosted by the National Dance Education Organization (NDEO) in June/July 2017 at West Virginia University. The conference grew out of one of NDEO’s special interest groups and featured some of the leading voices on male issues in American dance, including Doug Risner who has published numerous articles and books on men in dance. I reference my experiences at this conference as well as some of the conversations I had at the conference throughout this article.

I would also like to preface the article with a caveat that while I refer to dance students in this article as “male” and “female”, I would like to acknowledge that there is a spectrum of gender identities as well as a differentiation between sex (what we are born as) and gender (what we identify as). I do not have enough expertise, experience, or research to discuss inclusivity regarding trans, non-binary, or gender fluid students—but I also don’t want to exclude them. As such I would extend an invitation for another dance educator/artist to provide insights on inclusivity in a dance studio across the gender spectrum.

An Acknowledgement Goes A Long Way

A conversation I was a part of at the “Men In Dance” conference was how an acknowledgement goes a long way. As someone who is often the only male dancing body in a class, it is hard not to feel like the literal “odd man out.” It is important to acknowledge the presence of men in your class, but to also not make that the focal point of your class. Don’t single them out, don’t put them on display, but also don’t make them feel unwelcome. Ideally, by acknowledging a male presence in class, you the teacher will think of being more inclusive with choreography, with music choices, and with overall artistic themes.

When coming up with themes or concepts for a dance, it is easy (especially with young dancers) to enter the fairy/princess/unicorn territory. If you have male dance students, please try to consider them when deciding on your artistic themes. I am not saying you need to make your male students the prime focus of the dance, but you do need to think of how all of your students can connect with the dance.

The same thing goes with song choice. Your male students might have a hard time connecting with their contemporary dance if you choreograph it to a Taylor Swift “jilted lover power ballad.” There are billions of songs out there that are gender inclusive (and when in doubt, instrumental is a great choice!).

A major pet peeve of mine is seeing the one male in a dance as “the token male.” A male dance student doesn’t need to be the heartthrob of the dance, he doesn’t have to be a partner for all of your female students. There are ways to integrate your male students into the work, they don’t have to be so “gendered.” Instead of themes such as “boy meets girl” or “girls flirt with the boy,” think of more universal themes such as friendship or teamwork.

This also goes for costuming. In looking at any dance costume catalog, male costumes account for about 8 of the 300+ pages of the catalog. I hate seeing male dancers in black pants and a colored shirt that sort of matches the color of the girls’ costumes (which again makes it look like the male’s costume was an afterthought). Try to find a unisex costume, or costumes that have a male counterpart. Also, please don’t exploit your male dancers by having them dance shirtless. Men/boys also deal with body image issues, especially in dance where our masculinity is often questioned. Everyone should be in costumes that they are comfortable in.

Having “the talk” regarding the dance belt is #awkward. Especially if it is from a female dance teacher to a male student. I got lucky in that my aunt was my dance teacher. It was still an awkward talk, but at least it was with family. I highly suggest communicating with the parents first and having them facilitate the conversation.

Reassessing Your Recital’s Structure and Policies

Again, because the customer base of a private studio is overwhelmingly female, most studios focus the bulk of their efforts organizing dressing rooms and changing areas for the female students. However, the lack of planning and inclusion for any male students makes us feel like an afterthought. Now I’m not saying that we need the star treatment backstage and should have the most luxurious dressing room, but perhaps a little more planning could be made so that we have a dedicated area that isn’t a cleaning supply closet.

Additionally, many studios have a strict “no men allowed backstage” policy. It might be more comfortable for a male student to have his father help him get ready for a performance. Perhaps you could establish a special “Dad Pass” that would allow them to assist their sons with getting ready to go on stage. I also highly suggest rethinking the “no men allowed” strategy. Could there be a “Dad’s Dressing Room” for single dads or same-sex parents who have daughters at the studio? While I believe the privacy and safety of your dance students should be first priority, there are a lot of dancers out there whose primary caregiver is male, and these policies not only restrict the parent from helping out, but it also hurts the students as well.

Sidebar—as the only male staff member at the studio I teach at, I often feel awkward going backstage during rehearsals due to our strict “no men backstage policy.” As such, I tend to stay in the house for dress and technical rehearsals.

These are just a few tips for dance educators who have male (or male-identifying) students at their studios. There is definitely more work that could be done and more conversations to be had, as we work to create more equality and inclusivity in dance education.

Michael Lupacchino is an independent dance teacher and choreographer. He started his dance career at the age of two, studying at his aunt’s dance studio in Connecticut. With training primarily in tap and jazz, it was at Emerson College in Boston, MA he was introduced to modern and contemporary dance, and discovered his passion for choreography and dance production management. His choreographic work is musically driven and fuses modern, jazz, lyrical, and contemporary styles with a rhythmic sensibility he developed as a tap dancer. Michael has choreographed for numerous Boston-area dance companies and in 2009, he received an EVVY award from Emerson College for “Outstanding Choreography.”

Now on the west coast, Michael teaches dance in the San Francisco “East Bay” as well as working in advancement for higher education. In addition to teaching and choreography, Michael assists Bay Area dance companies with marketing, fundraising, grant writing, and web content. He holds a BS in Marketing Communication and an MFA in Dance: Creative Practice from Saint Mary’s College of California.

Find More About Michael at his website by CLICKING HERE 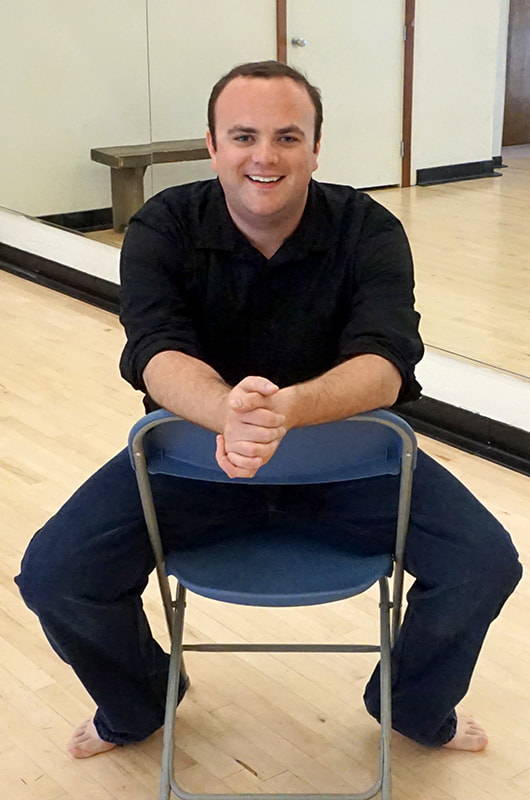