Dance ED Tip #55:
How to Improve Your Saut de Chat! 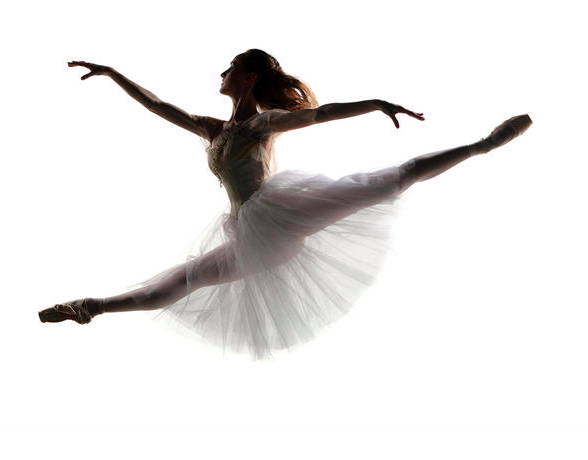 Saut de Chat is certainly one of the most iconic steps in ballet. We’ve all seen pictures of that gorgeous long line soaring through the air!

So how does one get their split off the floor and flying through space? Here are just a few exercises to help get your dancers’ to perfect their saut de chat!

First, Let’s Go to the Barre!

Plié. You have to go down to get up!

- Plié is an essential component in any and every jump. There should be one getting into a jump and one coming out of it. Wherever your students are approaching saut de chat from (glissade, precipite ́, etc.), their plié, before taking off, will be key to getting up off the ground.

- At the barre, be sure your students are maximizing their stretch by keeping their heels down to elongate the Achilles tendon.

- The action of dévelopé devant is how the “jump” part of saut de chat begins. Practice dévelopé through sur le cou-de-pied (heel in front of the ankle and toes wrapped behind the ankle) to establish turnout at the start of the dévelop 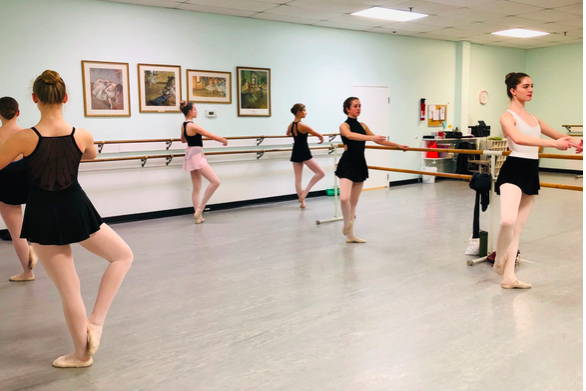 From there, go through retiré to then extend the leg forward using turnout to lengthen and lift 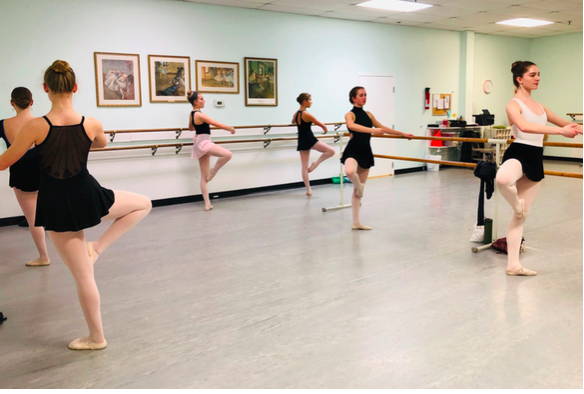 - Obviously, dancers need to have a certain amount of flexibility to achieve the line of saut de chat in the air.

- Grand battement is considered a dynamic stretch. The action of throwing the leg up to the devant will increase their flexibility in what will be their leading leg for saut de chat. Fun Fact: grand battement devant is also the start of grand jeté (not to be confused with saut de chat!)

- Grand Battement dèrriere will work on establishing holding the back up (not collapsing forward) in the arabesque line while force is involved. 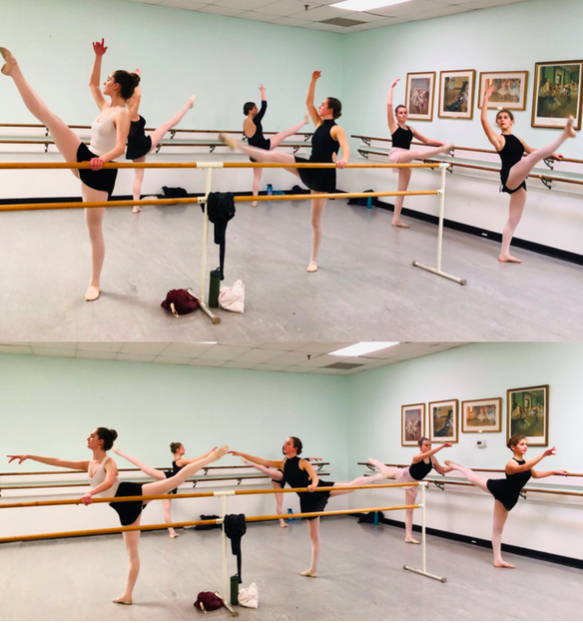 Now, in center, a static stretch we all know and love: the split!

- Of course having dancers work on their splits is going to help when it comes to performing saut de chat. If they are flexible enough to remove their hands from the floor while in their split, they should also use the stretch to work on their port de bras and head position. Utilize the mirror as a tool to help them see the picture they want to achieve in the air. Holding (not bouncing) in this stretch for at least 30 seconds is recommended so their muscles can acclimate and lengthen. 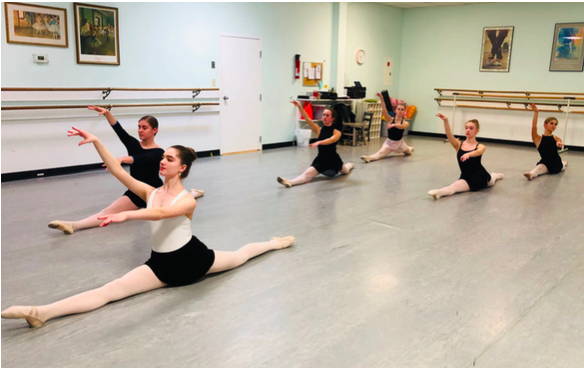 There are certainly more tips and tricks out there you could use. I hope these few get your students flying! Now, get jumpin’!​ 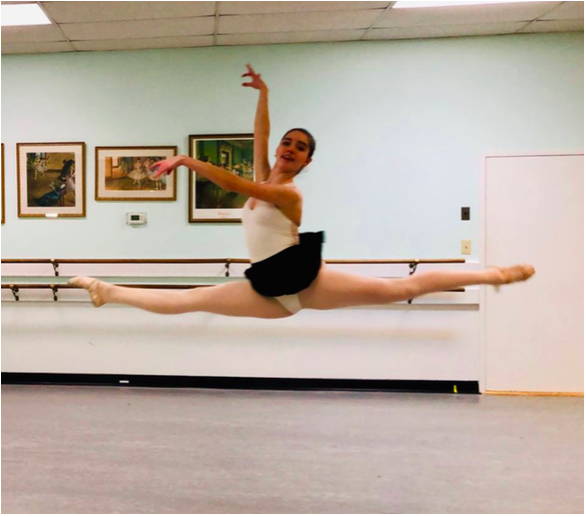 LISA RUMBAUSKAS, originally from New Jersey, received her training from The New Jersey Dance Theater Guild, The Joffrey School in ​NYC, American Ballet Theatre, and Central Pennsylvania Youth Ballet. Lisa holds a BFA in Dance from NYU’s Tisch School of the Arts, where she studied with and performed works by Mark Morris, Anne Reinking, Seán Curran, Cherylyn Lavagnino, Gus Solomons Jr., Ronald K. Brown, and Deborah Jowitt, among others. Lisa has performed with the Metropolitan Opera Ballet and Opus Dance Theater in NYC. Theatre credits include Carousel (Louise), Brigadoon (Maggie Anderson), West Side Story (Anybodys), Cats, Evita, Swing! (Broadway National Tour), The Most Happy Fella (starring George Hearn), and Joseph and the Amazing Technicolor Dreamcoat (Mrs. Potiphar), to name a few. Additionally, Lisa can be seen in the independent film Louis, choreographed by Hinton Battle. Lisa has been a guest teacher for Revolución Latina and on faculty at Manhattan Movement and Arts Center in NYC. Lisa is a proud member of Actors Equity Association and and is an ABT® Certified Teacher, who has successfully completed the ABT® Teacher Training Intensive in Primary through Level 3. Choreographic credits include, A Chorus Line, Stop the World!, Spelling Bee, and Mary Poppins for which she won the 2018 RTCC award for best choreography. Lisa is Co-Founder and Co-Director of Moving Youth Dance Company (NJ) and is on faculty at West End Academy of Dance. 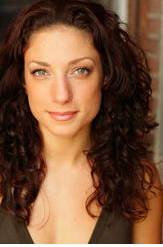